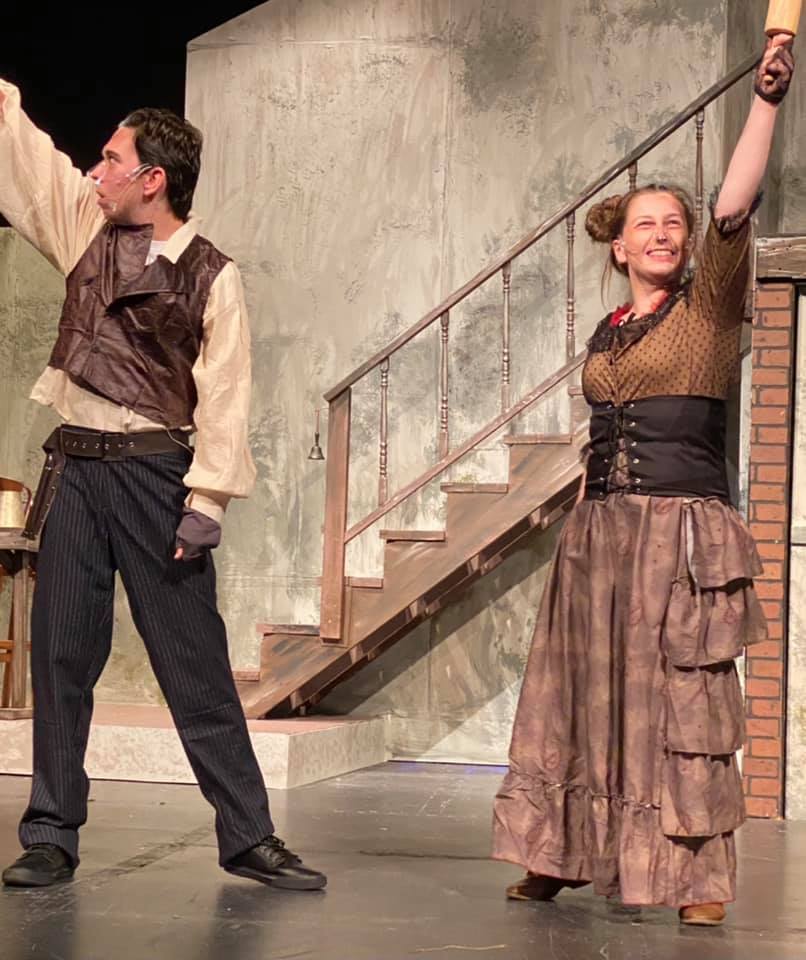 Over the next few days, leading up to our OPENING NIGHT, we will be focusing on meeting our performers and crew members!!  These are the stars and the young adults and teenagers that will be taking over the Historic Opera House this weekend to produce a full scale musical in front of hundreds of audience members!!!  We asked these cast and crew members what theater means to them, what skills they feel they have learned by participating in theatrical productions, some of their favorite memories and why YOU should come and see them perform!!!!  Enjoy a close up on our cast and crew members between now and Friday of this week!!  Here are our first 8 Stars:

RJ Soboslai, who plays Sweeney Todd, started performing in 2009 during his very first show, Aladdin Jr.  RJ says that participating in theater has provided him an escape from stress as well as the feeling of home.  He feels that theater has helped him to help others come out of their shells and he’s learned not to be a perfectionist because that can only add more stress.  His favorite memories include the family atmosphere, as well as the warm up sessions with the guys downstairs!  RJ feels that theater has given him perseverance and the ability to multitask.  Theater is his whole world and he feels he would not be who he is now without it.  RJ plans to attend PSU in the fall to major in mental health psychology to become a guidance counselor, as well as minor in musical theater.  RJ wants everyone to come see this show because the whole cast and crew have worked so hard to put this show on, especially during COVID! 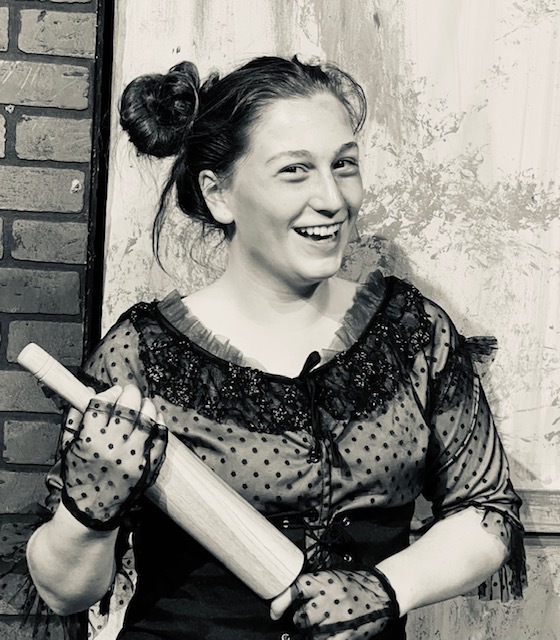 Madison Clark is a senior who has been performing for six year since Beauty and the Beast!  She is playing the role of Mrs. Lovett.  Madison loves the camaraderie that builds between everyone in the cast.  It truly is like being part of a family, one that can argue, but at the end of the day they all love each other and what they do!  Madison has learned that through theater, you can have faith in yourself and trust that you can do whatever you set out to do.  Her self-esteem has sky-rocketed since she joined theatre, and it helped her find a part of herself that she didn’t even realize was there.  Her favorite memory was being able to perform as Mary Poppins her sophomore year.  It was a huge opportunity and she had some of the most fun she ever has doing a show.  In every single show, the cast and crew must work as a team to get the best end result.  Most recently, she has learned about leadership.  Both of these skills are vital parts of her life, both now and in her future.  Madison feels that theatre is about staying present until the end even when things get rough, and knowing there will be a beautiful ending because of the hard work you put into it.  This fall, Madison will be heading to Boston to go to nursing school at Simmons University.  She still sees herself being active in theatre in the future and may join the theater group in college!

Thomas Fifield is a junior this year and playing Pirelli as well as a member of the Company.  Tommi’s first show was Shrek the Musical which was 7 years ago! Thomas finds working with people whose company he enjoys and all working together toward one goal to be what he loves the most about theater.  Tommi has learned that he can work through lots of stress and anxiety with the right prompting.  One of his favorite memories has been sitting on the lawn in 1900’s garb watching a building burn.  To Tommi, theater is telling a story and through theater, he has learned how to act very happy in world crushing environments (like retail).  Tommi has taken vocal lessons and learned from theatrical experience.  In the future, Tommi plans to work with sound design.

Riley Roper is a senior who has been performing for 7 years now, since he performed in Shrek the Musical in fifth grade.  Riley says that his favorite part of theater is the people and the energy.  He’s never found an organization that has a similar upbeat and positive energy.  It’s the people that make the group what it is, and he would never want that to change. Riley has learned so many things from theater, but one of the most important is the ability to adapt.  Every role you play is different, so you need to adapt every time.  Not to mention all the crazy things that can happen on stage that force you to think fast and cover your mistakes or others.  Each show, Riley has done something he has never done before, and it’s helped him grow, adapt and accept the fact that things don’t always go according to plan.  Riley’s favorite memory is his sophomore year when they were performing at the NHETG Festival and they made it to states!  The most exciting part was meeting new people from other schools that appreciate theater as much as he does.  The friendships he made were amazing, and he felt better about himself than ever before.  Riley heads off to Boston in the fall to attend Emerson College to learn to become a filmmaker and take his theater experiences to another level!

Zoe Sylvester is a senior and our master lighting designer.  Zoe has been participating in theater for five years since she participated in Murder at the Goon Show in 8th grade.  Zoe says that friendships and the kindness they all have for each other is what she loves the most about theater.  Zoe has learned a lot from her theater experiences, but most of all is confidence, how to ask questions and speak up when needed.  Zoe says that theater is her second home.  She alway feels safe and included during shows.  She will always cherish the memories they make when doing shows.  Zoe’s favorite memory is everyone getting pumped for the show and for everyone to see it.  In the fall, Zoe will attend Colby Sawyer this fall to major in psychology.  She plans to earn her Masters and become a guidance counselor.  Zoe thanks her mentor Dan Darling, who took freshman Zoe and showed her how to design lights.  He is always patient and always has something positive to share.  She says to come and see Sweeney Todd because of the singing!  She is obsessed with the singing and music in this show! 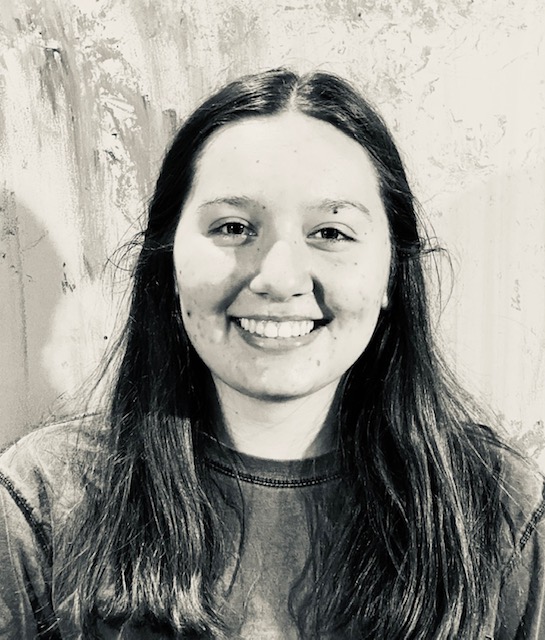 Jillian Swett is a senior and a pro at Sound Design.  Her first show was Beauty and the Beast 7 years ago when Jill was in 5th grade!  Jill is proud of the fact that she has learned how to operate the sound board and work with many different people.  She has learned so many aspects of tech from many people including Robbie LaFlamme, Mark Bitetto, Jack Finley and Wayne Fajans.  To Jill, theater is a ton of fun and a caring community.  She has learned to work with different people and to network.  Jill says that theater is very valuable to her and one of her favorite things to participate in.  Her favorite memory thus far is doing sound for Newsies!  She loves that show and it felt so good to get the big group number cues right!  In the fall, Jillian will attend Colby Sawyer College undeclared.  She plans to continue to participate in local theater.  Jill says to come to Sweeney Todd because it’s a wonderful show put on by amazing people!  The show is very entertaining and some good plot twists!! 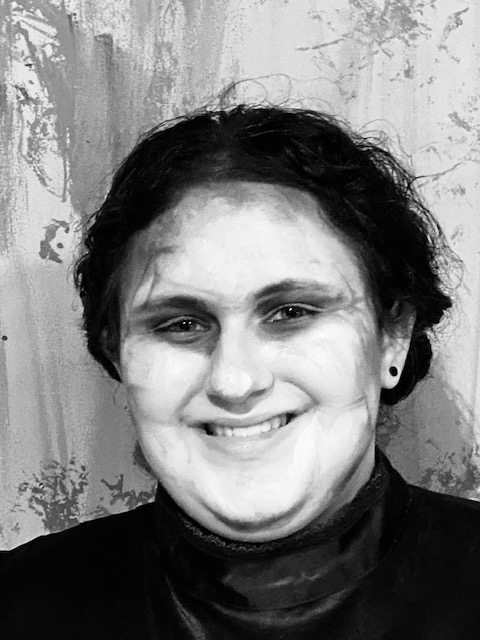 Kayley Sargent is a junior this year and has been performing since The Wiz which was 8 years ago.  Kayley loves the feeling of being on stage- feeling important and needed.  The show brings you into a whole new world and you get to forget about the real world for a while.  Theater is an escape when life gets really tough.  It has brought her the people that may be friends for many years.  It is an experience she will never forget and will continue as it has literally saved her.  Kayley says that theater has taught her to speak publicly, sing better and be a better person overall.  Kayley’s favorite memory is during The Little Mermaid.  It was the last show and Jon Daniel (who played Sebastian), was graduating.  He took his last chance to have fun and wore Ariel’s wig on stage.  It was so funny, most of the cast broke character!   Kayley plans to go into Child Development in the future and Psychology and then into CPC.  Kayley says come to Sweeney Todd because “RJ is Killing it”!

Natalie Hoover is a senior who has been performing for over three years now.  She joined in 2018 for Seussical the Musical.  Natalie loves participating in theater because it gives her the opportunity to meet and interact with people she would’ve previously never thought of talking to.  Since she began theater, her confidence has skyrocketed!  She has also learned that with passion and effort, she can accomplish any difficulty she sets her mind to.  Theater is her escape.  When she is having a rough day, her theater family will always be there for her, or when she needs a healthy distraction and put her emotions aside, she is able to just have fun.  Natalie’s favorite memory thus far is going to festivals and having the Grease showing we did for the cast and crew.  Natalie will be attending PSU in the fall for education and hopefully getting an opportunity to contribute to a couple of the shows at PSU.   Natalie says that this show is by far, the most impressive since she started.  There is no gore, yet the cast is able to spook their audience and that is because they are truly a skilled group of students.