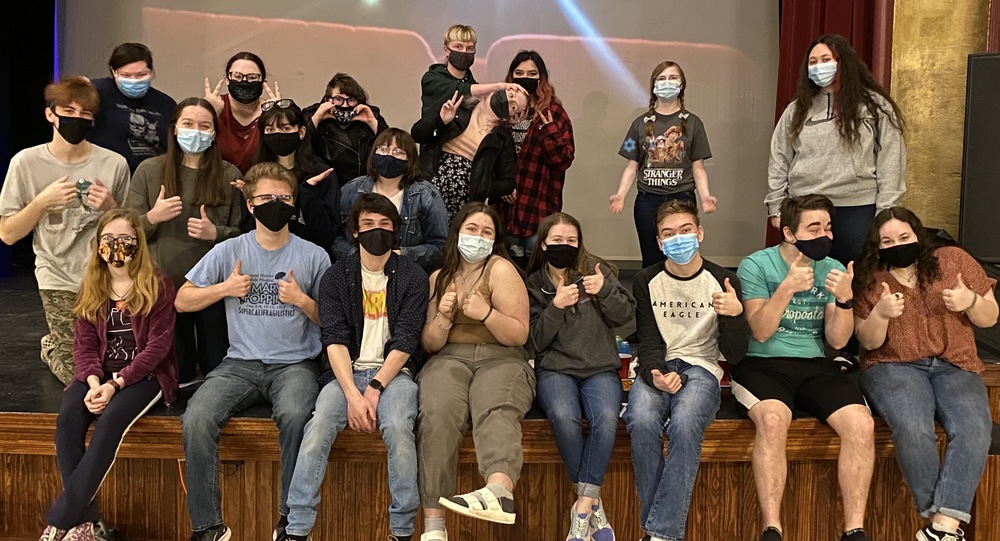 Some members of the FHS Players participated in this year's Virtual NHETG Theater Regional Festival!  They were based in their "home"- the Franklin Opera House and used the big screen to watch the opening ceremonies and the performances of the other high schools which included Concord High, Kingswood Regional, Portsmouth Christian Academy, Founders Academy, and John Stark as well as Franklin's original written scene done by seniors Madison Clark and Megan Sorette.  Madison and Megan wrote their own scene and performed in it!  Zoe Sylvester did their lighting and their stage manager was Briahna LaFlamme.  Each scene was professionally adjudicated which was pre-recorded and watched as a full group.  There were three sessions for the students to break into smaller groups and meet online with other students from the other participating schools.  The entire event ended in an award's ceremony and our own Megan Sorette, was awarded and All Star Acting award from the adjudicator!!  This was all done while a number of our students are participating in Franklin Footlight's community theater production of The Good Doctor and their own production of Sweeney Todd which just began in Feb!!  These kids are amazing and just keep going regardless!!!!!